On Saturday we had a great event. I mean, what a great event. We sold out. Actually we had to get more chairs in! People were turning up on the door, the Johnny-come-lately gits! We scanned people’s brains and 3D printed them and we wept with laughter learning about armoured bulldozers, professional infiltration techniques, the history of technical mind-reading and plasma forcefields for lasers. We drank (I didn’t). Here’s the write-up and here are the pictures. It was a hell of an event. Can you believe we almost cancelled it?

Everyone’s been saying, “Hopefully you can put your feet up for a bit now.” I mean, good one. Ha ha. Ha ha showbusiness. 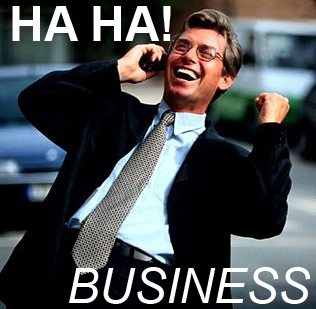 It’s been non-stop business, but god knows I am in the business of fun. No complaint I make in tiredness is to be taken seriously. I wouldn’t have it any other way.

Having travelled to Brighton three times and Sheffield for a work-related day trip last week and got in very, very late on Saturday night after the event, I woke up on Sunday almost unable to move. I mean, everything hurt! My entire body was complaining, every bit of it. I felt like I’d been in a fight and was the ‘other guy’ that you ‘should see’. I was supposed to go to Cambridgeshire with James but had to cry off sick because it was all I could do to get out of bed.

By Monday I’d pulled it together enough to interview the well-known writer Warren Ellis for the Hack Circus podcast, edited and uploaded the show. That took all day, pretty much. Oh and there were envelopes, I’ve been getting flashbacks about the envelopes. I processed hundreds of magazine orders early this week, many of which have arrived in my inbox in the last couple of weeks. It is an understatement to say: “I visited the Post Office”. You have no idea.

Hack Circus entered the UK top 100 podcast charts on its fifth episode at #69.

On Tuesday I went to a quite brilliant unofficial magic event (I’ve decided all magic events should be unofficial.) It was a sort of magic flashmob in a pub in the middle of the day, organised by the excellent Mike Stoner (who I interviewed for my podcast a couple of weeks ago). I met some great magicians, had some very interesting chats, saw some stuff I hadn’t seen before, and was actually hypnotised!

On Wednesday, well, I crashed. I fell asleep at about 4:30pm and woke up about three hours later having slept through my evening plans. If I don’t get my full weekend, I guess my body takes it somewhere else in the week. Oof.

On Thursday I went to Brighton, took some new photos of the mag on the beach, did some tedious paperwork, did an interview for The Times about Hack Circus, visited my third Post Office of the week, and updated the Hack Circus website with photos taken by me and Andrew at Lighthouse and pics of the new issue. Lots of other promising contacts made over email on Thursday too.

Today, Friday, I had some fun photographs taken by the photographer from The Times. A little piece should appear in the paper in a couple of weeks (shall share, of course.) Then I went to Brighton again, did some more paperwork, started some funding applications, and chatted to lovely folk in the Hack Circus IRC channel.

I’ve spent 10 hours on trains over the last two days – unexpected delays travelling to and back from Brighton. Turns out, that’s too long to be on a train. My back hurts! I’ve also completely managed to miss all the other residents this week, and I dearly wanted to catch up them with after seeing them briefly on Saturday (on the whole, my events are the worst time to have a conversation with me, so I try to stay away from everyone a bit). But despite missing everyone and not really getting to chat to people much sometimes, it is really good to have an office to go to and something to lean on that isn’t James‘s dining room table. It focuses the mind and means I get less oily  ketchup marks on customers’ magazines.

I think I’m coming down with a cold. It’s taken a long while, but I am beginning to see the truth in the old adage that man cannot live off crisps and snack-a-jacks alone, so I had two apples today as well.

It’s quarter to 10pm. I need to put the computer away. Someone make me a cup of tea?